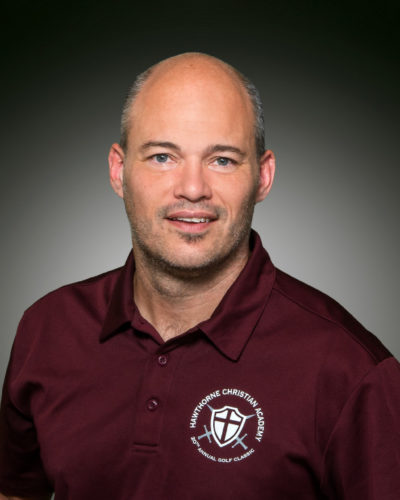 “When they hurled their insults at him, he did not retaliate; when he suffered, he made no threats. Instead, he entrusted himself to him who judges justly.” – 1 Peter 2:23

Mr. Burres grew up in Central Jersey and has been a teacher at HCA since 1998. When the time came for him to do his student teaching, he naturally gravitated to the school at which his wife, Kim, was a 4th grade teacher. Ken completed part of his student teaching under Mr. Gary Olsen in early 1998 and was hired as a teacher later that same year. After several years at HCA, Ken also assumed the role of Director of Technology.

Ken earned dual Bachelor of Science degrees from Philadelphia Biblical University (now Cairn University) in Bible and Mathematics Education. Ken and Kim currently have 7 children, all of which have attended the Academy (5 current students, 2 alumni).