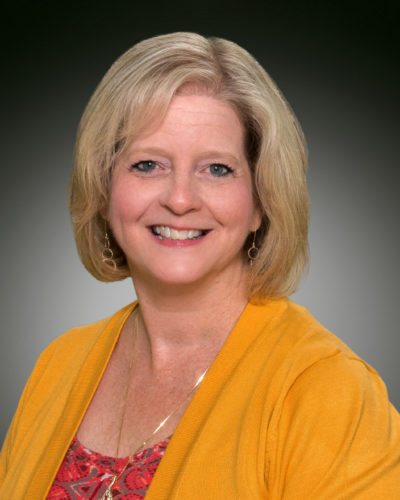 “The Lord your God is with you, the Mighty Warrior who saves. He will take great delight in you; in his love he will no longer rebuke you, but will rejoice over you with singing.” – Zephaniah 3:17

Originally from Atlanta, GA, Anne Paynter has served as the Director of Choral Music at HCA since 2009. The Paynter family moved to New Jersey in 2001, after selling their business, “Paynter Music,” a full-line music store and academy in Stroudsburg, PA. As a singer, Mrs. Paynter has won various state and national competitions, including the National Association of Teachers of Singing (NATS) competition, and the Music Teachers National Association (MTNA) competition. She has performed with such organizations as the Atlanta Opera Company and the Vocal Arts Ensemble of Cincinnati, and in regional theater productions. She has also served as an adjudicator for many vocal competitions, and worked for 19 years as a studio demo singer for publishing companies such as Alfred Publishing and Shawnee Press. Mrs. Paynter has taught private voice lessons for 35 years, and her students consistently win admission to top music schools, recently including Eastman School of Music, Northwestern University, Manhattan School of Music, Pepperdine University, Arizona State University, Wheaton College, Houghton College, and Montclair State University. Mrs. Paynter was formerly a faculty member at Ramapo College, teaching general and advanced choirs and Music Theory. As choral director at HCA, Mrs. Paynter’s choirs have ministered to dozens of churches, nursing homes, and community groups, and have won first place/gold medals over 60 times in the last decade. Servants of the King has won the “Most Outstanding Choral Group” and the “Choral Sweepstakes Award” at multiple Heritage Festival Competitions, including festivals in such cities as San Diego, Anaheim, Boston, and Washington DC. They have performed at Carnegie Hall (twice as part of the National Youth Choir, once as part of the National Sacred Honor Choir, and several times with Keith and Kristin Getty), at the Schermerhorn Symphony Center in Nashville, at major league baseball games, and on the steps of the Lincoln Memorial. Both Chorale and Servants of the King have consistently won their divisions and “Best Overall Choir” at the Music in the Parks Competition in recent years. Mrs. Paynter has also conducted several community and church choirs through the years, and has served as guest conductor for special choirs, most recently the 25th Anniversary Monroe/Pike County Festival Chorus in Pennsylvania. Mrs. Paynter currently lives in Teaneck, NJ, with her husband Stephen, who is the Assistant Manager of the Metropolitan Opera Chorus.