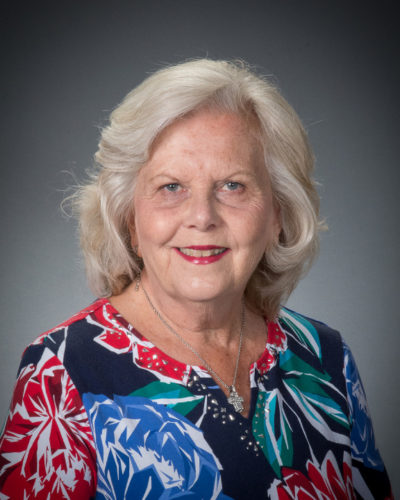 “For I know the plans I have for you,” declares the Lord, “plans to prosper you and not to harm you, plans to give you hope and a future.” – Jeremiah 29:11

Mrs. De Boer has been a member of the HCA staff since 1991. Prior to her current duties, Mrs. De Boer worked as HCA’s Admissions Assistant for 29 years. She and her husband, Allen, have lived in Hawthorne, NJ, since 1975. They are members of Hawthorne Gospel Church, where they met while they were in youth group. She has three sons and one daughter: Chad, Kyle, Courtney, and Kirk, all of whom attended and graduated from HCA. They have also been blessed with 14 precious grandchildren. Seven of their grandchildren are current students at HCA, four others live in Pennsylvania, and three others just recently moved to North Carolina to serve the Lord with Samaritan’s Purse. Mrs. De Boer loves spending time with her children and grandchildren, doing puzzles, participating in Operation Christmas Child and other similar ministries, and going on family vacations.